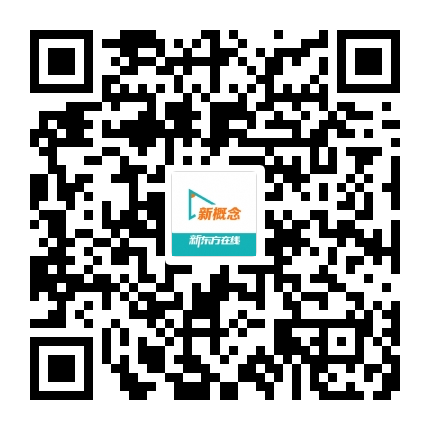 The Customs of the Ching Ming Festival(清明节的习俗)

The custom of the qingming festival is richinteresting, in addition to pay attention to the fire, the grave, and outing,swing, a game called cuju, play polo, inserted liu and so on a series ofcustoms sports activities. This is because tomb-sweeping day to people from thefire, in order to prevent a cold buffet injury body, so everyone to take partin some of the sports activities, and to exercise.

But, as a clear festival, and pure solar termand different. Solar term is our country phenology, seasonal change of theorder of symbol, and the festival is contains certain custom of commemoration.

According to the old tradition, the grave,people to carry goods such as especially fruit, paper money to the cemetery,will be food for offering in the tomb of loved ones, then the deadincineration, grave earthed up new soil, fold a few branches of the 60-footgreen inserted in a grave, and then KouTou worship salute, finally eatespecially home.

Qingming Festival is a time of many different activities, among which the main ones are tomb sweeping, taking a spring outing, flying kites. Some other lost customs like wearing willow branches on the head and riding on swings have added infinite joy in past days. The festival is a combination of sadness and happiness, perhaps bittersweet.

The major custom in Qingming Festival is tomb sweeping. According to folk religion, the spirits of deceased ancestors still live underground and look after the family; the tombs are said to be their houses; thus it is very important to keep the tombs clean.

The Qingming Festival is spent honoring the dead, which is one of many ways good Confucians demonstrate filial piety. On this day, people visit their family graves to remove any underbrush that has grown. They would uproot weeds near the gravesites, wipe the tombstones and decorate the tombstones with fresh flowers. And then they will set out offerings of food and paper money.

Not only is it a day for commemorating the dead, is it also a festival for people to enjoy themselves. During March, everything in nature takes on a new look, as trees turn green, flowers blossom, and the sun shines brightly. It is a fine time to go out and to appreciate the beautiful scenes of nature during the festival. This custom can be traced back to the Tang Dynasty and followed by each dynasty later till today. So visitors can be seen everywhere during the month of the festival.

Spring outings not only add joy to life but also promote a healthy body and mind.

Flying kites is an activity favored by many people during the Qingming Festival. Kites are not only flown at day time but also in the evening. Little lanterns are tied to the kite or to the string that holds the kite. And when the kite is flying in the sky, the lanterns look like twinkling stars that add unique scenery to the sky during the night. What makes flying kites during this festival special is that people cut the string while the kite is in the sky to let it fly free. It is said this brings good luck and that diseases can be eliminated by doing this.

Because Jie Zitui died embracing a willow tree, the willow is believed to have miraculous powers against evil. During the Qingming Festival, willow branches are hung on door fronts and used to sweep the tombs.

The common swing has offered sport to many children throughout the world. During the Ming Dynasty, swinging was a designated recreation on the Qingming Festival, also known as the Clear and Bright Festival or the Tomb Sweeping Festival. Because the festival generally occurs in mid-spring, many also use the occasion for family outings.

According to the Annals of the Ming Court, this day was also called Swing Festival, when swings were suspended in the Hall of Earthly Peace of the Forbidden City and in all the residential complexes where palace ladies resided. Ladies of the imperial household wore colorful silks especially made for the occasion, and amused themselves on swings.

A Time to Taste Tea 品茶

The plucking of tea usually takes place in spring, summer and autumn. Tealeaves from different seasons have different appearances and inner quality. Tealeaves plucked in spring, from early March to the Qingming Festival, are called “pre-ming tea” or “first tea.” Its color is of light jade green, and tastes pure with a touch of acerbity. Two weeks after Qingming, it is the Guyu solar term on the Chinese lunar calendar. During this time, the Jiangnan area will experience a round of fine precipitation for the moistening of crops. And this brings forth the second peak season of tea picking. Tealeaves collected after the Qingming but before Guyu are called “pre-rain tea,” and the spring tea picked after that are called “post-rain tea.” Spring tea’s prices usually vary according to the time the tealeaves were picked, with the prices being higher for earlier tea and lower for the later. In most cases, early-spring green tea is the best in quality among all available tea.